Acquiring language: Why drills and memorization are insufficient

Our children live in a state that has a rich Spanish heritage; as a result, they are surrounded by the Spanish language. Did you know that California’s first constitution, adopted in 1849 after the Mexican–American War, specifically provided that English and Spanish were both the official languages of the state?

The prevalence of both written and spoken Spanish in our communities and in California in general offer our students many opportunities to acquire Spanish. Having said that, how is a second language acquired?

We now know that we learn languages unconsciously.

Even though you may have learned a language by memorization of vocabulary and grammar rules, current linguistic research shows that languages are actually acquired without relying on the analytical participation of the conscious mind. That explains why many of us never became proficient in a second language despite years of classroom drilling and memorization.

Dr. Stephen Krashen, professor emeritus at the University of Southern California, popularized the notion of comprehensible input (put simply, the idea that acquisition of a second language happens only through understanding messages). Acquisition happens when students focus on the meaning of words in context and not just on individual words in lists.

Second-language learners can understand the messages through context, explanation, rewording, and visual cues, even if they can’t produce the target language. (Note to parents who are native Spanish speakers: even though your child doesn’t respond to you in Spanish, keep speaking to them in Spanish! They will eventually speak.)

We also know that second-language acquisition is slow, piecemeal, and stage-like.

This is supported by the research of Bill VanPatten a professor at Michigan State University, internationally known for his research on second-language acquisition. For example, if I ask a student ¿Cómo te llamas? (What’s your name?), the student knows what it means and responds but may not have identified all of its parts. That’s the way language acquisition proceeds: in bits and pieces. After some time with hearing the input in various contexts, the learner will begin to isolate individual words, and the language-making mechanisms inside the mind/brain will begin to see how these words “combine” to make meaning. [Citation 1]

What does this language research mean for you as a parent interested in your child’s acquisition Spanish?

Be curious about Spanish in front of your child, even if you don’t speak or read the language yourself. For most of your children, even it’s been years since they were in the ELC, they’re toddlers learning a new language.

Help your child see how much Spanish is in their daily lives: Wonder out loud what a Spanish sign means on your drive to PBS or what a word means that you hear in a restaurant or store.

Don’t pressure your child to speak. Remember acquisition is slow, piecemeal, and stage-like. And if you do know some Spanish, don’t worry about using it perfectly, just use what you know with your child. It’s amazing what can be communicated with gestures.

Have fun trying to communicate, and your child will too. 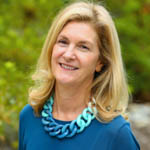 Sara Englis joined the PBS team as Spanish Teacher in 2016 after 9 years teaching 5th–9th-graders at Rippowam Cisqua School in New York. She holds a bachelor’s degree from Skidmore College and an M.B.A. from Columbia University; her career has included time abroad teaching high-schoolers in Bogotá, Colombia, and English teachers in Kyushu, Japan. When not in the classroom, Señora Englis enjoys skiing and playing the piano.